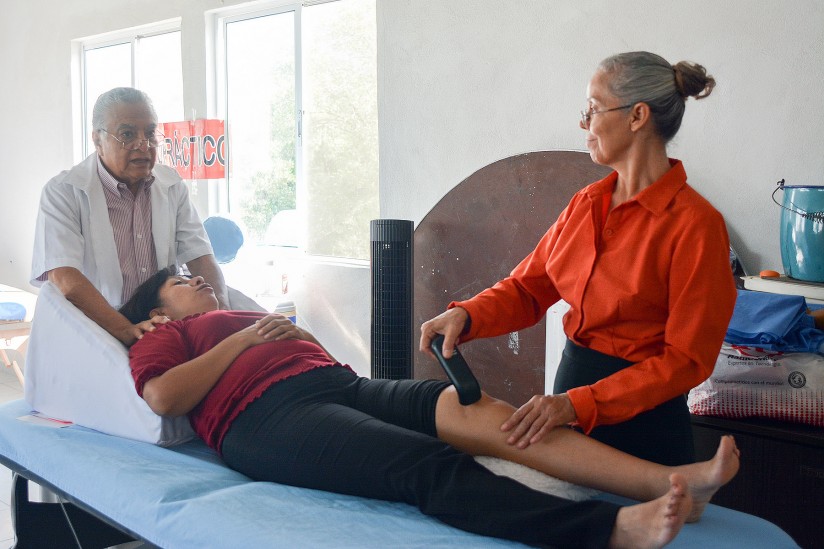 Boosting the incomes of poor, elderly residents in developing countries can significantly improve their health and well-being, particularly in lung function and memory, according to a new study released today.

The study, published in the journal Proceedings of the National Academy of Sciences, compared 2,474 residents 70 years and older of two Mexican cities in the state of Yucatan. Those in the city of Motul received no extra income, while those in Valladolid received an additional $67 per month, a 44 percent increase in average household income.

After six months, participants in Valladolid showed significant improvements in lung function and memory. The study’s authors also found that participants spent a significant portion of the extra money on doctor visits, medications and food.

This study shows that such programs can benefit greatly the growing older population in Mexico and developing nations facing similar demographic challenges.

“Both state and national governments in Mexico, like those throughout Latin America, have expanded pension programs in recent years,” said study co-author Emma Aguila, assistant professor at the USC Price School of Public Policy. “This study shows that such programs can benefit greatly the growing older population in Mexico and developing nations facing similar demographic challenges.”

Study co-author Arie Kapteyn added, “We found strong evidence that supplementing the income of poor, elderly populations can have significant benefits to health and well-being, even in the short run.” Kapteyn is a professor of economics and executive director of the Center for Economic and Social Research at the USC Dornsife College of Letters, Arts and Sciences.

On tests before and after the six-month experiment, the average participant with supplemented income saw improvements in immediate and delayed memory. Participants were also more likely to visit a doctor and buy medicine. They were less likely to run out of food, report being hungry often or report not eating all day. They were also less likely to report not being able to undertake an activity because of lack of money.

The study’s authors noted fears that the extra income could be undone by family members reducing financial transfers to their elderly relatives appeared to be unfounded. While transfers from family members significantly declined over time in the treatment group, the relative decline was only on average 36 percent of the income supplement.

Mexico, along with many other low- to middle-income countries, is experiencing a rapid aging of its population, and poverty among elderly residents there is far more prevalent than among the young.

“Elderly populations are growing around the world,” said study co-author James P. Smith, Distinguished Chair in Labor Markets and Demographic Studies at RAND. “This work provides insight on what pension programs might accomplish in developing nations, which are beginning to address these issues.”