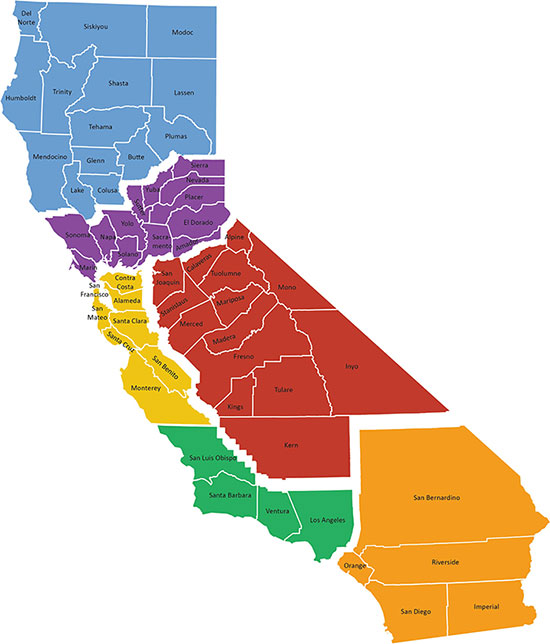 If it were up to Timothy Draper, he would move all of Los Angeles County’s residents to a new state in the name of better government.

Draper, a Menlo Park venture capitalist, is behind a much-ballyhooed initiative that would divide California into six states. This week Draper gathered 1.3 million signatures, enough to put the Six States Proposal on the ballot, but not until 2016 election.

The Six States Proposal would separate the state into six smaller states based on geography. The northern-most counties of California—which, along with parts of southern Oregon, have hadprevious flirtations with statehood—would form Jefferson, while other new states would include North California, Silicon Valley, Central California, South California, and West California, home to Los Angeles County.

Draper, who recently purchased 29,656 bitcoins in an auction, runs a Silicon Valley venture capital firm and runs a school for entrepreneurs modeled on the magicians’ academy in the Harry Potter series. In response to what he sees as a state with decaying infrastructure, declining educational outcomes, and a hostile business environment, Draper claims his proposal would offer a chance to “reboot” the state by promoting autonomy, decreasing bureaucracy, and promoting market forces

Of course, critics have laid out a laundry list of issues of the proposal, from disentangling the already-confusing thicket of California water rights to how the state’s prison system would function, the fate of the high-speed rail plan, and of course, the prodigious cost that entertaining this proposal will entail for California.

That’s not even taking into account the fact that the creation of any new states would require Congressional approval. But Draper insists that even without federal sign-off, the new coalition of counties would promote increased regional governance and independence.

The 2016 is a long way off and the debate around Californian government and Draper’s audacious plan will continue. Not surprisingly, Draper is not the first Californian to wrestle with a different vision of the Golden State. There have been at least 220 efforts to redraw California’s borders, including the Pico Act of 1859 and north-south divide enshrined in 1965’s Dolwig Proposal. Draper has an uphill battle to convince state voters that his idea makes sense for all Californians and isn’t just another historical curiosity.