Europe and the Islamic World

Professor in the Price School
His blog is located at http://blogs.usc.edu/sppd/krieger

I often find new books by scanning the new books shelves at USC’s various libraries. I surely miss lots of stuff, but I also find books I would never otherwise encounter. As I have mentioned, I tend to read books in bits and pieces, out of order, often choosing sections randomly. As for how I know if a book might be authoritative I sometimes check amazon.com for reviews, but more likely I go by the publisher. University presses almost always have their manuscripts vetted by authorities and their boards of trustees or directors, filled with professors, keeps them honest (maybe too honest). Hence the book below was published by Princeton, translated from the French. 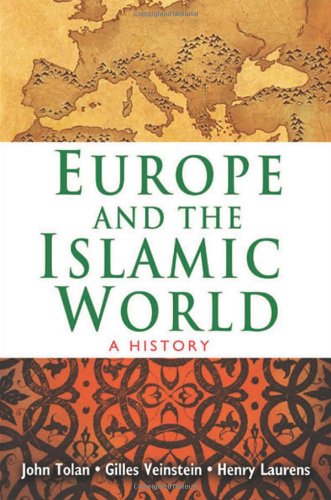 Europe and the Islamic World by Tolanb, Veinstein, and Laurens is a survey from the development of Islam (Mohammed, 570-632 CE) to the present. The Ottomans play a central role. However, what’s fascinating to me are all the other peoples and religions and ideologies that are invading and retreating, all those places you hear about in Eastern Europe and the Middle East and Asia Minor that would seem to be current footnotes or sources of terrorists, were once major cities and states and full-scaled actors. (I once felt this when I discovered there was the Jagiellonian empire–Poland, albeit a different Poland than today.)

For those interested in homeland security, defense, and terrorism, what you will find is that whatever stories you hear today, whatever injustices that are mentioned, have a very long history. Moreover, the Europeans and the Christians earned in spades any enmity felt toward them today. (That that enmity is justified is an entirely different matter, or that it leads to good action or that it serves the interests of those who feel past injustice is again an entirely different matter.) As one chapter says, people need to know that the Catholic Church initiated the Crusades and in the end they lost (ingnominously).

Such a book might change the discourse, if people took it seriously. Surely there are dangers from terrorism, but at least you know what’s going on. It’s similar to the Red Scares and the IWW in US history–you need to know what “capital’ is doing at this time.