Institutions at their best and …

An evidence-based approach to policy-making is a hallmark of good governance. By tying decision-making to what has been proven to work—rather than past precedents or sheer political considerations—leaders are more likely to meet the needs of their constituencies. In the case of the Los Angeles Unified School District (LAUSD), a responsiveness to recent research on school discipline led to the reform of a policy that many hope will ensure a safer learning environment while increasing opportunities for academic achievement.

With more than 655,000 students in its system, LAUSD is the second-largest school district in the country, though it has the nation’s largest school police force. Under the “zero-tolerance” model, LAUSD encouraged school police and administrators to issue citations for minor offenses, often landing students in Juvenile Court and causing them to become enmeshed in the criminal justice system. Instead of leading to safer school campuses as many hoped, zero-tolerance policies have been linked to higher rates of school dropout, poorer academic outcomes, and discriminatory discipline practices, especially for African-American students.

Spurred by growing body of research that shows the negative consequences of the policy, LAUSD announced in August that it would adopt sweeping changes to its policing approach. Instead of punitive law enforcement practices such as citations for school fights and vandalism, the school district has said it will invest instead in alternatives that would decrease the likelihood of students’ involvement in the juvenile justice system. Students who commit an offense will now be referred to principals or counselors at off-campus centers instead of facing court time or probation that would have taken students out of class.

LAUSD’s new approach is part of a larger effort on school discipline that has included working with community advocates like the Community Rights Campaign and Public Counsel as well as administrators, teachers, police and other stakeholders, a consensus-based approach that has been hailed by experts and educators.  While recent news proves that LAUSD and Superintendent John Deasy still have many governance issues to address, LAUSD’s move toward evidence-based policymaking earns high marks from us. 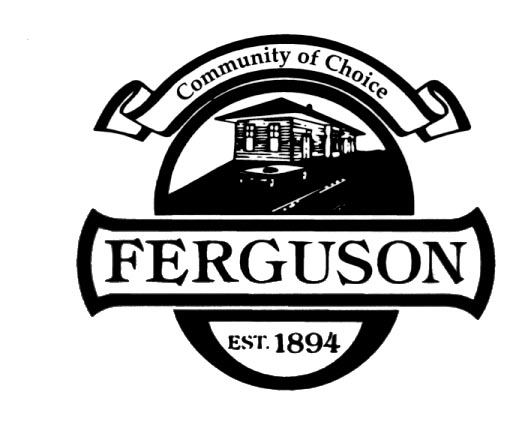 It’s no surprise that the events in Ferguson, Missouri, dominated governance discussions last month. After Michael Brown—an unarmed 18-year-old African-American man—was shot and killed by Ferguson police officer Darren Wilson on August 9, the subsequent protests in Ferguson captured national attention for weeks and spawned conversations about the militarization of local law-enforcement agencies, continued racial inequities in the nation’s criminal justice system, and the lack of diversity in local government and on police forces.

But it was the actions of the Ferguson Police Department that represented the greatest governance failure. Throughout its interactions with protesters and media, the department and Chief Tom Jackson demonstrated a glaring lack of transparency and accountability. The police department allowed Brown’s body to remain in the street for four hours, later withheld information, arbitrarily detained members of the media and a public official, released selective information at critical times, and closed ranks in ways that stoked public anger and mistrust. And the Ferguson Police Department’s bungled attempts at communication during the weeks of protest highlighted significant leadership failures, particularly in the realm of crisis management.

The situation in Ferguson has drawn calls for the need for increased oversight of law-enforcement agencies and policies that would promote transparency. One example is the use of body-worn and dashboard cameras that could discourage police misconduct as well as protect officers from false allegations of abuse. While use of body cameras alone won’t solve policing issues, a recent police shooting in Salt Lake City demonstrates how cameras can offer accountability for police. While the Ferguson Police Department recently purchased cameras, it lacked the money to install them.

Though the protests on West Florissant Avenue in Ferguson have tapered off since August, issues about policing and political participation continue to roil the nation. Ferguson’s policing practices have drawn scrutiny from the Justice Department, and the F.B.I. will launch its own probe of Brown’s death. In Ferguson, the city council announced it would establish a citizen review board for the police department. But as the nation reflects on the tragic events of August 9 in Ferguson, it’s important that governance lessons continue to be an important part of the conversation.

Let us know what you think about the winners in the comments here, via email, or through social media – on Twitter and Facebook,we love to hear from you!

by Jeremy Loudenback What is the role of universities in promoting a civic identity? For years, the academy has been held up as an important vessel of democratic ideas and practices, inspiring and instructing generations of Read more…

by Jeremy Loudenback In the lightning-fast world of social media, being able to respond to a crisis quickly, decisively, and thoughtfully is an essential skill for public officials and leaders. The bumbling reactions of former Ferguson Read more…

by Jeremy Loudenback Worst in Governance Until a couple of weeks ago, Hillary Clinton’s path to the White House in 2016 was considered a fait accompli, lacking only a formal announcement of her candidacy and a Read more…