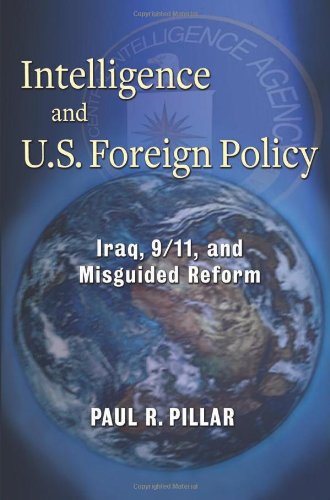 What was in Donald Rumsfeld’s mind when he demanded that the Iraq war would be launched with a much smaller number of troops than recommended by General Shinsheki? And, a propos of sufficient IED protection, “You go to war with the army you have.”

I have assumed that Rumsfeld was honest and decent, and was doing his best. While he had been bucking the Pentagon with his move for “transformation,” the ideas had been in the air for at least 15 years, and surely there were moves in that direction before he arrived. And while he might be thought to be arrogant, I suspect that a better characterization would be that he had been a leader of various organizations and had forced them to transform and thrive. So he warrantedly felt that what was need was to shake things up.

I do not find much help in Rumsfeld memoir. Douglas Feith, in effect Rumsfeld’s brain (as head of Policy in the Pentagon), provides an account which is detailed and documented. He counters all the usual complaints (although that does not mean that the account he provides will be probative), and in the end suggests that the information provided by the CIA and other sources was misleading. And so he ends his book with recommendations about intelligence. Pillar, part of the intelligence community for many years, argues that the Bush administration pushed for intelligence that confirmed its commitments, and in effect politicized it by subtle but real pressure to get what they wanted. Feith argues for structural reform. Pillar argues that organizational reform is not the problem. 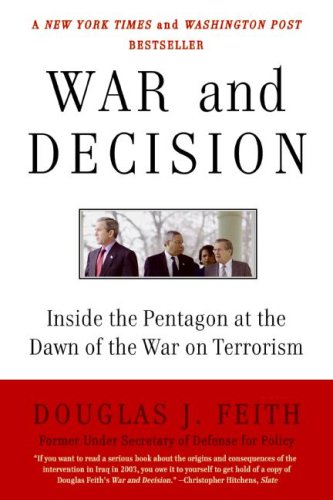 Feith is notably straightforward for most of the book, with accounts of meetings (Principals, Deputies, Rumsfeld’s Roundtable) and proposals. He left the Pentagon in 2005, so there is nothing post then that is memorialized. He gives an account of how Rumsfeld became disenchanted with Bremer (heading the Coalition Provisional Authority) and he credits Bremer, State/Powell/Armitage with being unwilling to have an early Iraqi government and that being a source of much subsequent trouble. Toward the end of the book he is much more sharp about issues of intelligence and the Bremer’s failure to get a government going much sooner. At issue is what people thought of the “externals” ala Chalabi.

What is striking is the claim that most big decisions of this sort are in effect independent of intelligence. The principals (president on down) “know what they are doing”, in that whatever information they need, whatever judgments they require, are in the room. Little of the intelligence product is of influence, so it does not matter if it is correct or if it is politicized. Gut instinct, past experience, the president’s capacity to judge people and situations, etc are what matter at these times. And this goes back to Roosevelt and successors.

We went to war in Iraq for reasons, but those reasons had little to do with WMD, with AQ, with terrorists or oil. Those reasons might have been incorrect, but they were clear to the principals, and to Bush especially.

We did not appreciate Saddam’s game, largely one of bluffing.

Bush had a definite idea of what he was up to, to avoid future terrorist attacks. He was not controlled by Cheney or anyone else. Rumsfeld had a definite idea of what he was up to. He was not controlled by Wolfowitz or Feith or … Now, those definite ideas might well have been wrong, and what is notable is how little backup or Plan B was in their quiver. Yet what we know about successful leaders is their capacity to take on the mess as a consequence of their leadership and to manage their way to a better situation. There is a delicate balance between determined leadership and learning from dissenters and experience, between perseverance and humility. It took the loss of several thousand lives and expenditure of several trillion dollars for Gates and Petraeus to be allowed to begin to clean up the mess. But keep in mind that Feith would not agree with me, and I am not sure where Pillar would stand.

Feith’s is often a story of bureaucratic politics, of the bureaucracy not carrying out what he took to be Bush’s directives