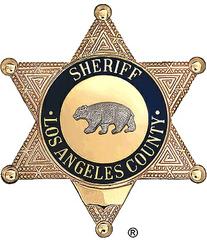 Today marks the most wide-open election for Los Angeles County Sheriff in more than a century. As the Los Angeles Times noted, Long Beach Police Chief Jim McDonnell is favored by many to win the county’s top law enforcement job, a rarity for an organization where most departing sheriffs have had a hand in tabbing their successors from within the ranks. The new leader of the Los Angeles County Sheriff’s Department’s (LASD) will be charged with restoring public trust to a dangerously insular organization that has often seemed to operate without real oversight.

Recent scandals paint a picture of an organization plagued by allegations of misconduct at nearly all levels of the department. Officers from the LASD were indicted on charges of assaulting inmates without provocation at Los Angeles County jails, and the ongoing trial of six sheriff’s deputies accused of covering up abuses at jails and obstructing an FBI investigation has recently brought to light accounts of deputies beating prisoners, staging “gladiator-style” bouts between inmates, and encouraging a wide-spread culture of corruption. Recent testimony has pointed to the likely involvement of the most senior members of the LASD, including former Undersheriff Paul Tanaka, a candidate in the race for Los Angeles County Sheriff. Aside from two ongoing federal investigations, lawsuits against the LASD cost the county $25 million in 2012 and $37 million in 2013, and some expect that number to rise even higher in 2014.

Since former Sheriff Lee Baca’s resignation in January, calls for reform of the department have echoed loudly. But it will take more than just the election of a new leader to address the department’s deeply ingrained governance problems and change its dysfunctional culture. Fortunately for the LASD, there’s a model close at hand: the Los Angeles Police Department’s (LAPD) Civilian Police Commission.

Made up of five civilians appointed by the mayor, LAPD’s Police Commission serves as an independent public watchdog for the agency. The board decides whether police actions, including use of force, are justified and reviews the department’s policies and standards. After brutality and corruption scandals in the 1990s, the Police Commission has become a crucial instrument of organizational accountability, leading the embattled department from federal oversight as part of a consent decree to relative stability and transparency.

While the LASD has received nominal oversight from the Office of Independent Review (OIR) since 2001, the OIR may be too closely affiliated with the LASD to promote real reform, according to critics. And without any authority to mandate reform, such as the recommendations of the Citizens’ Commission on Jail Violence report, OIR has had limited ability to do more than make suggestions to the sheriff. In a move to encourage accountability, the Los Angeles County Board of Supervisors recently appointed Deputy District Attorney Max Huntsman as Los Angeles County’s inspector general to oversee the county jails, but without any power, the new watchdog may share the same ineffectual fate as the OIR.

Board of Supervisor Mark Ridley-Thomas and community activists have instead lobbied for a civilian review board to address LASD misconduct, much like the LAPD’s Police Commission. In absence of any oversight body, community organizations like the Coalition to End Sheriff Violence in L.A. Jails have served as “de facto” civilian oversight committees, according to founder Patrisse Cullors. Focusing on increasing community participation in the oversight process, the organization recently put forward its own vision of a civilian commission for the LASD in collaboration with students from the UCLA School of Law International Human Rights Clinic., an effort that has created greater momentum for the idea.

Despite concerns about the ability of a potential civilian commission to influence the independently elected sheriff and uncertainty about how the body would interact with the newly created Office of the Inspector General, the Board of Supervisors will review a report on a civilian review board later this month.