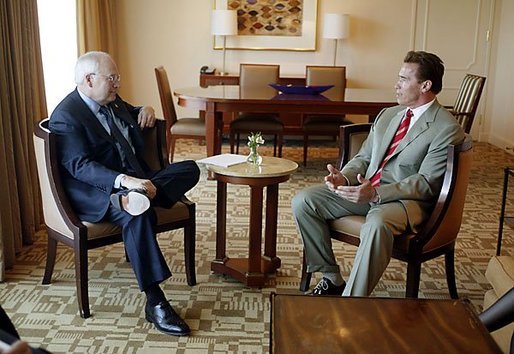 This week’s Road to the White House once again explored a critically important policy area that has received scant attention in the presidential campaign – climate change. After Dr. Juliana Wang of USC Dornsife briefly discussed the science of global warming and Dr. Dan Mazmanian provided an overview of California’s unprecedented comprehensive climate change legislation (AB32 – California Global Warming Solutions Act), the conversation turned to the topic at hand. Why are both Governor Mitt Romney and President Barack Obama bypassing the issue of climate change? Student representatives from both political party organizations at USC provided various explanations for the current state of affairs. The conversation centered on how the relatively long time horizon of the climate change issue makes it less salient to voters and candidates alike, and the potential (or perceived potential) conflict between attending to global warming and combating national economic “cooling” makes it a difficult issue in the current political environment.

Much of the concern surrounding the economic costs of combating global warming relate to issues of energy. The burning of fossil fuels is at the heart of global warming, so the only way to deal with the environmental issue is to deal with the energy issue. The candidates have certainly talked about energy this campaign. In fact, contention about Obama’s record on oil drilling on public lands nearly led to fisticuffs in the second debate. But energy independence and energy affordability, along with energy job growth, have been the dominant frames – even for President Obama. The general disconnect between energy and global warming is clear on the campaign trail. Speaking in Iowa, a state that leads the nation in wind energy, President Obama said the following: “I want to stop giving $4 billion in taxpayer subsidies that are going to oil companies that are making huge profits and have been subsidized for a hundred years and let’s keep on investing in the new homegrown energy that’s creating jobs right here in Iowa.” And let’s not forget that Ohio is widely seen as a key – or even the key – swing state in this campaign. Unfortunately, at least for the sake of the planet’s temperature, coal is a power player in the state. President Obama has touted his pro-coal – obviously “clean” coal – record throughout the state. Coal might be a dirty word to the rest of the country, but the Electoral College makes it nearly impossible for a candidate to demonize – and champion policy that jeopardizes – the energy source that NASA’s James Hansen calls “the single greatest threat to civilisation and all life on our planet.”

Dan Thurner offers his reflection on the dearth of climate change discourse in a recent Los Angeles Times editorial: “Romney has a very good reason to avoid mentioning climate change during debates — because his entire energy strategy is based on pretending it doesn’t exist. Obama’s reticence is more puzzling but no doubt based on political expediency. With the economy struggling, American voters are much more focused on jobs than on pending environmental catastrophe.” So President Obama’s inattention to global warming results from the forces of pragmatism. I get it. But what about Governor Romney? Mitt Romney is a highly educated individual, and I refuse to believe that he is so far removed from reason and reality. Take a look at Governor Romney’s Massachusetts Climate Protection Plan from 2004 – a detailed and strongly worded statement on how the state could respond to global warming. With Romney, like Obama, it has to be politics and not personal prerogative. But Paul Ryan… that may be a different story.

Arguably the simplest explanation would be that Americans – or some subset of them important to Romney – just do not buy into climate change policy at some level. Dr. Mazmanian conducted an informal poll of the audience to get a general mood. As one might expect, the USC audience bared little resemblance to the public at large. Nearly everyone expressed belief that the planet is getting warmer at an accelerated pace and human activity is the primary cause of this phenomenon. A recent survey by the Pew Research Center for the People & the Press shows that only 67% of Americans believe that there is strong evidence to support concern about global warming, and less than half (42%) of Americans believe that human activity is the primary culprit. The Republican data is particularly interesting. While the general public has grown increasingly convinced of climate change science over the past decade, Republicans have wavered over this period. Republican skepticism was, in fact, the lowest in 2006 and 2007. Climate change questioners peaked in 2009 (only 35% confident of the evidence), and now 48% of Republicans agree that the global warming evidence is solid. But let’s not forget that primary campaigns in the GOP are waged on the right, so the percentage of primary voters that believe the climate change science is probably far less than half. Mitt Romney had to compete with Rick Perry – king of the science skeptics.

So I conclude that the current state of GOP politics can largely explain how Governor Romney is approaching (or not approaching) the climate change issue. But it is dangerous and disingenuous to conclude that the Republican Party is inherently opposed to protecting the environment. As an initial anecdote, this week’s student panelist from the College Republicans is majoring in environmental science. Dig a little deeper, and a pretty complex history of GOP engagement with environmental issues – including global warming – emerges. The Republicans did not always see the Earth as a laughing matter.

Before global warming took center stage, the world community confronted the depletion of the ozone layer. The United States assumed a leadership role in combating the issue under President Reagan, ultimately resulting in the ratification of the Montreal Protocol – which was negotiated, in large part, by Reagan’s Secretary of State George Schultz and Environmental Protection Agency (EPA) Administrator Lee Thomas. Despite opposition from some within his own administration, President Reagan conveyed strong support for the plan in his December 1987 memo to the Senate: “In this historic agreement, the international community undertakes cooperative measures to protect a vital global resource. The United States played a leading role in the negotiation of the Protocol. United States ratification is necessary for entry into force and effective implementation of the Protocol. Early ratification by the United States will encourage similar action by other nations whose participation is also essential.” I doubt many Americans would guess that a GOP leader – not to mention the patron saint of Conservatives – expressed such sentiments.

The efforts of Christine Todd Whitman, who assumed the role of E.P.A. Administrator under George W. Bush after serving as Governor of New Jersey, should also not be overlooked. She immediately came to my mind because a former classmate who spent her career at the E.P.A. once told me that, in her opinion, Christine Todd Whitman was the agency’s most effective leader. After returning from an international summit on the Kyoto Protocol in March 2001, Whitman wrote the following to President Bush: “I would strongly recommend that you continue to recognize that global warming is a real, and serious issues. While not specifically endorsing the targets called for in Kyoto, you could indicate that you are exploring how to reduce U.S. Greenhouse gas emissions internally and will continue to do so no matter what else transpires. Mr. President, this is a credibility issue (global warming) for the U.S. in the international Community. It is also an issue that is resonating here, at home. We need to appear engaged and shift the discussion from the focus on the “K” word to action, but we have to build some boneifides first.” Whitman’s frustration with the Bush Administration – particularly how it turned its back on carbon dioxide emissions and weakened the Clean Air Act under pressure from energy industry supporters – led to her resignation in 2003. Jo Becker and Barton Gellman recount Whitman’s strong, but ultimately futile, effort to combat Dick Cheney’s pro-business crusade to undercut and circumvent nearly every environmental protection regulation on the books. It appears that Dick Cheney – and his strong ties to the oil industry – can be thanked for yet another policy fiasco. Since leaving the administrative post, Whitman has become among the most outspoken Republicans when it comes to the economic and national security costs of global warming and potential strategies to deal with fossil fuel dependence, particularly the role of nuclear energy.

Many people forget that John McCain, the longtime Senator from Arizona and 2008 GOP Presidential Nominee, has been very engaged on the climate change issue. Along with Senator Joseph Lieberman, McCain co-authored the Climate Stewardship Acts – a series of unsuccessful Senate bills that sought to rollback carbon dioxide emissions through a cap-and-trade system. Senator McCain openly discussed the leadership role that America must take on global warming and outlined a cap-and-trade plan on the campaign trail – both in the primary and general election – in 2008.

One would be remiss to leave out the Last (Environmental) Action Hero himself – Republican California Governor Arnold Schwarzenegger. In fact, Time named him one of 2008’s “Heroes of the Environment.” Among the pieces of legislation he signed into law during his term include the Hydrogen Highway, the Million Solar Roofs Initiative, and AB32 – the Global Warming Solutions Act. AB32 is widely considered to be a landmark effort to combat climate change because it imposes a statewide cap on global warming emissions through new broad-based energy standards and a cap-and-trade program. When Proposition 23 threatened to suspend AB32, Governor Schwarzenegger aggressively fought back – particularly against oil companies financing the effort. When Meg Whitman ran as the GOP candidate for his vacated office, Schwarzenegger refused to give her his endorsement, which some attribute to Meg Whitman’s critical stance towards AB32. Since leaving office, Governor Schwarzenegger has focused his efforts on engaging subnational governments, private industry, and civil society groups in climate change action through the establishment of R20 Regions of Climate Action.

The Republican Party does not hate the environment. While few high-profile figures in the party are discussing strategies to deal with climate change, an unwillingness to confront global warming is not part of the party’s DNA. History supports this viewpoint. I do not believe that the party will propose solutions to global warming in the near future for various reasons – including Tea Party politics and economic paranoia. But all is not loss. It might just take a few more principled leaders and larger-than-life figures – and one less Dick Cheney.