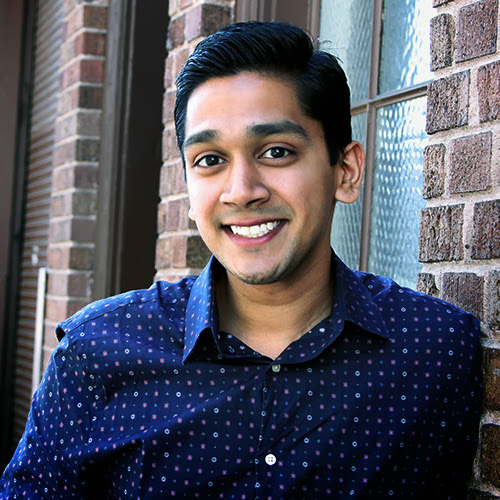 As part of his new job, Abhi Nemani will be charged with connecting the public with the city’s growing portfolio of open-data resources and conveying the administration’s commitment to using data to measure performance and to create increased opportunities for civic engagement and entrepreneurship. With a growing sense of optimism around the possibilities of data in Los Angeles, Nemani is a point person for the city’s efforts to engage city residents through technology.

Under Mayor Eric Garcetti, the city has created a budding open-data infrastructure designed to provide the public with greater insight into the city’s workings. ControlPanelLA offers anyone with patience and an Internet connection details about Los Angeles’s revenues and spending, while the Open Budget Portal provides pleasing graphical depictions of the city is spending your tax dollars. And DataLA, the city’s open-data portal, is a crucial part of Garcetti’s back-to-basics approach—journalists, gadflies, civil servants, and others are now able to measure the performance of many city government services, from air quality to the police-response rate. As a result of the mayor’s efforts, the city’s has seen its open-data profile soar, promising a new era of collaborative digital engagementefforts.

Earlier this month, Nemani joined the team in Garcetti’s Office of Budget and Innovation, where he’ll play a key role in finding ways to use open data and technology to improve the lives of Angelenos. During his time at Code for America, Nemani worked on dozens of civic technology applications and as co-executive director, helped the nonprofit through several successful projects, including creating the world’s first civic startup accelerator.

With a couple weeks under his belt, Nemani shared his thoughts about the new gig, the state of civic tech in Los Angeles, and what city governments can do to encourage innovation.

Bedrosian Center: Previously you worked with a nonprofit that interfaced with cities, so how does it feel to now be on the other end of the equation as a government employee?

Abhi Nemani: So Code for America has worked with a lot of government officials across the country and in cities of all sizes, ranging from Macon, Georgia, to Chicago, New York as well as other countries like Kenya.  So I guess I’ve seen a lot of public service in action, got to help them and work with them.  And now it’s fun being on the other side and being within the organization of a city and figuring out how I can make change myself directly.  And I’m learning just so much every day, so much every day.  I’ve got to say that’s probably one of the most exciting parts is just how much activity is going on and then how much I’m able to just pick up on how to get things done, how other people are getting things done and learn.

BC:  So what are your impressions of Los Angeles so far—anything stand out, either about the city or about working in Los Angeles city government?

AN: I think my impressions so far of working in the city are just that there’s a lot of great activity happening around civic innovation and data.  I’ve had meetings with various departments already, and every time I go into a meeting with a proposal and plans of what I want to do, I walk out of it actually with more stuff that’s on my notepad from stuff they’re already doing that I need to know about. And that’s a really smart environment to be in.  And there’s just a lot of momentum I think for people who want to get involved and do even more.  Just this past Sunday I went to the Civic Innovation Lab event, that was hosted at the Hub and 100 plus people were there and worked all morning with city staff on all kinds of city issues.  And my understanding is tons of other events like that are already happening. It’s great to see that there’s a space emerging around getting involved with the city, helping to make it better through technology.

BC: Los Angeles has sometimes been described as having a lackluster civic culture, and many residents may feel a greater sense of belonging to their particular neighborhood or other identity as opposed to the city as a whole.  I wondering if you have a specific plan in terms of trying to get more people engaged with the city, either through civic hacking-related activities or just ways you hope Angelenos will access newly available data.

AN: My number one priority is making L.A. more of a platform for civic engagement.  And that means getting all parts of the city engaged. There’s a lot of great momentum to build upon but I think we need to do even more. To do that, we need to do a couple of things. We need to open up more data, more meaningful data, better data, and I’m hearing lots of interest from the city itself in doing that.  We also need to create a common community. There are already a lot of different groups that right now are working on to help make LA work better.  And so we need to start strengthening that community—sharing best practices, sharing learnings, sharing project ideas—that way we can build a whole that’s greater than the sum of its parts.

BC:  It’s definitely been very exciting to see the growth of the city’s data portal and how it might be used. I know you’ve only been on the job just for a matter of weeks, but are you getting a sense of what different groups are accessing this data?  Are you seeing a lot of use from managers at City Hall looking to improve efficiency, journalists trying to assess how the city is working, or just average citizens wanting to kind of get a better idea of how the city bureaucracy is functioning?

AN:  What’s special about L.A. is that some of the biggest users of the data portal are city employees and to see their commitment to using data to make the city run better.  And so you’re seeing department accessing other departments’ data because they want to have a sense of what’s going on when they make their decisions using products themselves or doing performance assessment charts and graphs around how performance is changing month to month—so informed decision-making.

BC:  Do you think it takes a while for innovation to take hold or are there things that maybe need to be done at the government level to ensure that civic innovation is appropriately prioritized?

AN:  Our hope is that civic innovation becomes this standard way of doing business. The hope would be that we don’t need to have just a data officer or a chief technology officer to coordinate this; every department in the city is working in ways that are innovative, that are data driven.  And that takes time; it takes time to get to a place where there’s sufficient buy-in for that, where there’s sufficient resources for that, structure to that.  But the flip side of that is we can do “civic innovation” really quickly as well. We can build an application that captures all this data over a weekend, and we can view an interesting visualization in a couple of hours.  So it takes a long time for it to probably institutionalize but if we can dive into it, it can give us more momentum really quickly. The artform, I think, is balancing the two—keeping your eye on that long-term change that you’re driving for, all the while getting quick win after quick win.

AN: I think the role of communication here is critical because of a bunch of reasons. One, data itself isn’t the angle; the angle is new information. Or the end goal is changing service delivery, the end goal is an application to help people live better, happier lives, right?  So we have to communicate what the data means, what its value is and we can turn that data into those interfaces that are meaningful to people.  And in terms of what I’ve seen, I’ve seen a lot of interesting people asking stuff at events around the city’s data, and I’ve seen interesting uses of the data so far, people doing visualization for the newspaper for instance and other examples like that, which are signals to me again that there’s an appetite for it. My charge is really to help take that to the next level. How do we strongly and clearly articulate how L.A. is using its data, and how do we proactively recruit people to use that data to do interesting things?

Interview edited for length and clarity.