The Art of Governance 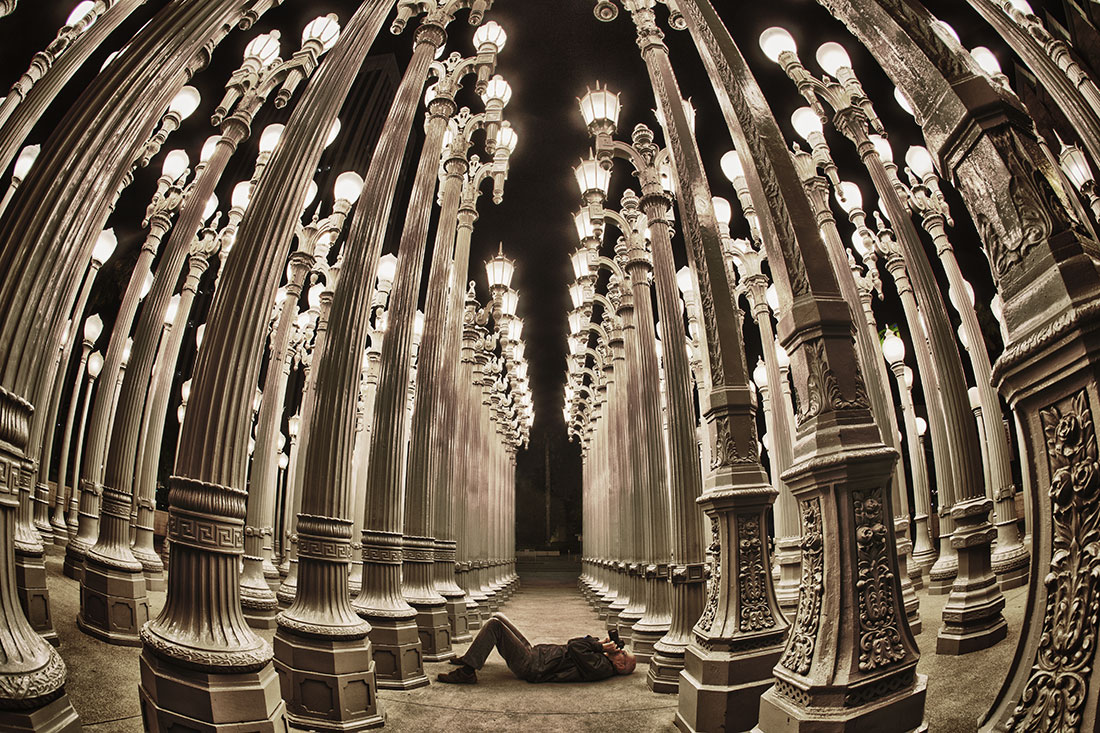 Museums have traditionally been designed as lofty displays of city treasures, part of a high-minded celebration of civic pageantry. But more recently, museums are no longer content to remain gilded repositories of art on a shining hill, removed from city affairs. Cultural institutions have assumed a new role in city life, enjoying a larger hand in the planning of city infrastructure and organization, encouraging a greater sense of civic identity, and even working on economic development initiatives.

For Michael Govan, the eight years of his tenure as director of the Los Angeles County Museum of Art (LACMA) have brought an unprecedented amount of attention and growth to the Miracle Mile museum, from an ambitious architectural expansion of its campus to the daring Levitated Mass project in which the museum dragged a 340-ton boulder from a quarry in Riverside to a permanent exhibition space near the museum. On Wednesday, March 5, he visits the Bedrosian Center for its intimate Lunch with a Leader series for an exploration of leadership, arts, and civic space.

Through enterprising programming, a knack for high-profile collaborations, and public-engagement efforts, Govan has done much to elevate the name of Los Angeles in the art world as well as increase the role of the LACMA in the city’s social fabric. Since coming to Los Angeles from New York’s Dia Art Foundation in 2006, Govan has worked to make the museum a natural space for the city’s most prominent leaders, a uniquely Los Angeles mix of art, business, Hollywood, and philanthropy.
Govan’s ability to connect with a diverse array of influential groups from across the city has made him a key leader in Los Angeles, considered by some the world’s creative capital. (The fourth largest employment sector, Southern California’s creative economy employs one in every eight workers.)

It was more than LACMA’s 100,000-piece collection that drew Govan to LACMA from the avant-garde-leaning Dia Art Foundation, though.

“What can L.A. do that nobody else can do? You can create art on a different scale and have it enjoyed outdoors.”

It’s no surprise that most of LACMA’s most celebrated artworks during Govan’s tenure are outdoors, encouraging city residents to engage with the museum as public space. While Mayor Eric Garcetti has bemoaned the lack of a defining artwork in Los Angeles, Govan has created a crowd-pleaser with Chris Burden’s “Urban Light” installation, a forest of lampposts at the museum’s entrance that has proven to be as popular with Instagram users as with Hollywood. And earth artist Michael Heizer’s outdoor Levitated Mass installation has become a favorite with museum crowds who enjoy its iconic scale, but the massive boulder won fans across the city during its historic voyage from Riverside. Thanks to private donors, LACMA arranged for the transport of the huge rock for its 106-mile trip across four counties and 122 cities on a flatbed truck. During the last leg of the trip, crowds flocked city streets to witness the surreal sight of the massive boulder making a slow, nocturnal journey through the city. (While some said that huge artpiece was the heaviest thing ever hauled by mankind, the real feat may have the coordination of city agencies to block streets and temporarily move traffic lights.)

But Govan’s most ambitious project is still ahead. In 2013 he announced that Pritzker prize-winning architect Peter Zumthor would design a planned $650 million expansion of the 22-acre LACMA campus. Dubbed the “Black Pearl,” the sleek design is an innovative burst of civic architecture for a city that is better known for the architectural designs of private homes. But Govan still faces a host of challenges, from convincing the trustees to demolish the original mid-century modernist design by William Pereira to raising private funds for the estimated $650 million price tag of the renovations. Though some worry about the long-term prospects of the institution in an era of high-flying museum leaders, Govan has excited Angelenos with his expansive vision of LACMA in the dynamic setting of 21st century Los Angeles.

This event is at capacity, contact Donnajean Ward at bedrosian.center@usc.edu or (213) 740-0155 for information.