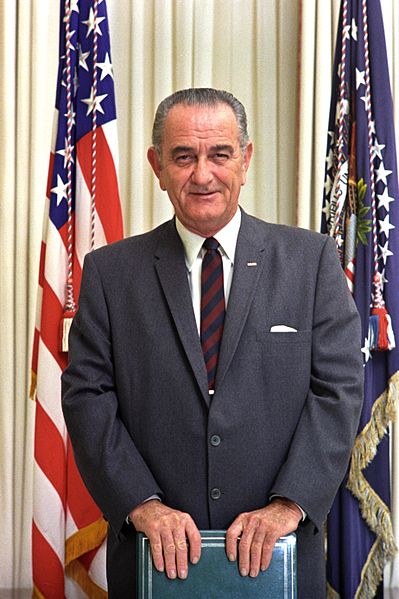 This week marks the 50th anniversary of President Lyndon B. Johnson’s announcement of the war on poverty. The anniversary has sparked many retrospectives this week about the policies and programs that emerged from it, as well as a debate about its effectiveness. The New York Times, for example, hosted an online forum with national experts offering their takes on the War’s legacy and future prospects.

While these retrospectives have been interesting in places, I think they have under emphasized an important discussion point: Why should care about poverty and its sister – inequality – and why we should devote effort and resources to attack them?

It is easy to couch the War on Poverty in moral terms. Indeed, it is an outrage that a nation as wealthy as the United States finds so many earnest, hard-working citizens struggling to get by and more and more people feeling like they are at risk of facing that prospect. It is especially galling that this is happening at a time when the wealthiest are getting much wealthier.

These trends place America in a unflattering position. A recent analysis of income inequality across nations found that the United States fares quite poorly with our income inequality exceeding places like India, where the poverty problem is large and widely understood. Max Fisher converted these data into maps as part of a Washington Post article pointing out that we even lag behind Nigeria. While our leaders often speak of an America where anybody can rise up and become successful and wealthy, that potential has become less likely today than at just about any point in our nation’s history.

These reports should be sounding alarms in all quarters. Income and wealth mobility is dying, thereby running the risk that more and more of those with low incomes and wealth will completely lose faith in our system and no longer bother to try. We could indeed devolve into Rep. Paul Ryan’s “makers and takers” world. (As an aside: We are not there today. Not even close.)

This is even more significant in today’s world, where competition more fierce than it has ever been. America’s place as the global leader in innovation, ingenuity, and productivity is continually threatened by economic rivals seeking to unseat us. Consider this: If China decided to embark on a program to intensively train one quarter of its population to become math and science experts, the number of participants would total the entire U.S. population. Their demographic advantage is daunting. Our defense must be resolute.
In short, we are increasingly in what I call an “all hands on deck” situation. We will need the energy, engagement, and innovation of all of our citizens if we are to maintain our place in the world and our high standard of living. We cannot afford to leave behind those in poverty. We all have a stake in this. These are critical concerns, and why I am glad that President Obama has identified this as a priority for the remainder of his administration. But we must not sit still. “All hands on deck” means all hands need to contribute.

This is why the USC Bedrosian Center, which I direct, is partnering with the Price Center for Social Innovation to convene a conference in March that will look at the most promising ways to combat poverty. Recognizing the nature and importance of the problem is only a first step. Identifying and highlighting effective solutions and putting them in place is where we must end up. We should also identify ineffective approaches and stop utilizing them. Through our conference, we hope to make progress on both fronts.

The 50th anniversary of the War on Poverty is an important milestone. I hope we use it as a catalyst to lift up creative strategies to help all Americans be all that they can be.